While climbing in Squamish, British Columbia, tribesman Keenan Takahashi saw a stunning jet-black arête at the base of Shannon Falls during one of his rest days. On the last day of his trip he hiked up to the boulder and decided to give it a go. The rock was a little sketchy and damp, but he stayed focused and in the zone and completed the first ascent. It was a nice ending to his trip in British Columbia. Keenan named the climb “Panta Rhei,” which in ancient Greek means “everything flows.” Giving it Everything on Hard Boulder Problems 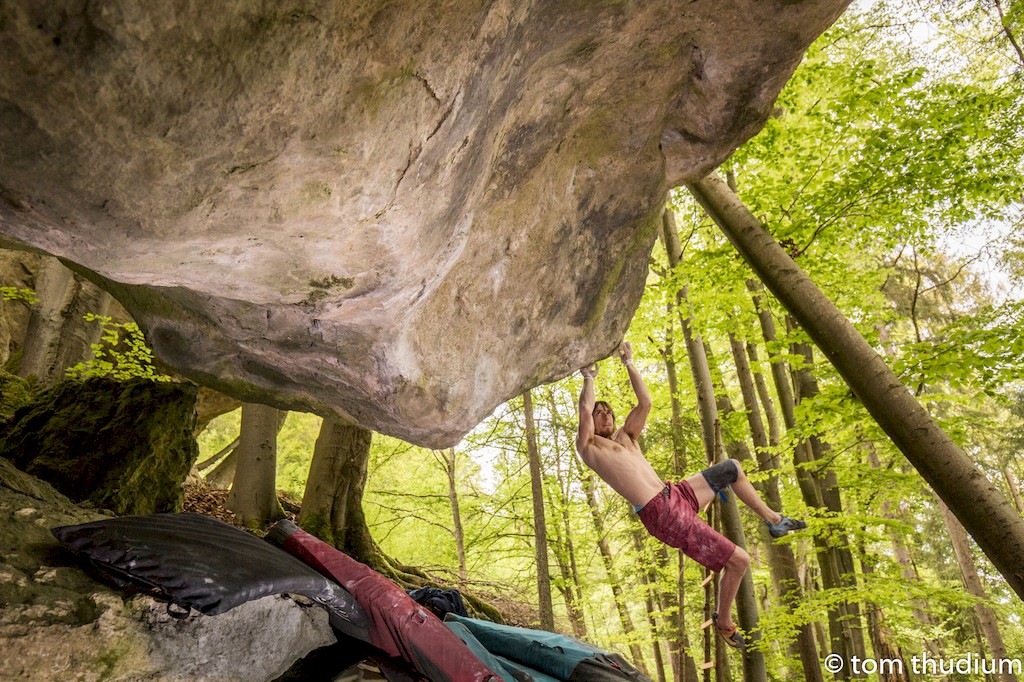