INTERVIEW WITH JOHANNA ERNST (Johanna with the Austrian Team in Vail, fourth from the left):

Her eyes almost hidden beneath her fringe of straight black hair, a punk style that well suits her 16 years of age and her spontaneous attitude. Johanna Ernst is the next bright star molded by the Austrian team, winner of the 2009 World Championship in Qinghai and of the European Championship 2008 in Paris; a playful attitude combined with ambition and talent, that brought her also to the top of the Lead World Cup 2009. She lives in Innsbruck with her family and she likes hip hop, r&b, some house and… Lady Gaga!

Johanna, you recently suffered an ankle injury. How long will it take to recover, and how will your ambitions be affected by the injury?

I won’t compete in so many World Cups but I have enough chances and I’m young, I have time. I can do better next year if this year isn’t working. It all depends on how good my foot is going to be. But I would like to take part in the European Championships and for sure I wanna win, as I did last year. We will see. And I don’t know if I can already start climbing before that date.

When did you start climbing, and why did you choose lead?

I started climbing when I was 8. I don’t know why I chose Lead, I just trained a lot in that discipline and so I thought I should start and kept doing it.

You also practice bouldering; which one do you like most?

(She laughs.) I like more bouldering because the atmosphere in the comps is different, as if it was not really a competition, not so much “competition-oriented”… I don’t know if it’s the right expression, but I mean it seems in bouldering there is more fun. In Lead competition there is more pressure and people are concentrated on their own performance and…I don’t know it’s different…. But outdoor I love both lead and bouldering.

How do you deal with stress at competitions?

I’m trying not to think too much about the result. I just climb, try to concentrate on it and relax.

What is the secret of the success of the Austrian team in your opinion?

I think there are many good climbers you can train with, and it’s for sure fun training with a lot of people, it helps you get better and you keep pushing each other. The trainers are really GOOD, and the gym is really good too, but in the last few years it has become somehow small for so many people.

How often do you train, and how? What’s your favorite exercise?

I’m training 5 days a week for 3 to 4 hours a day. I like bouldering with the team, it’s so much fun!! This is the advantage everyone is living in the same town and we all can train together.

Are you a pro or do you earn yourself a living?

Well I’m still living at my parent’s house and I have to pay the rent for the flat because I’m already earning money. Climbing… this is how I earn my money!
In your opinion, what is the future of climbing? What about the Olympics?
I hope climbing will become even more popular than it is today. Yeah, maybe climbing is going to be an Olympic sport. Well, the Olympic medal is the only thing I didn’t win yet! She laughs. Just kidding!

In this perspective, how can lead be improved?

I don’t know, it’s pretty boring right now. I mean if you are watching it. So something has to change but I don’t know what. I have to think about it. If I have any idea I will tell you.

INTERVIEW WITH ADAM ONDRA
Adam Ondra. There’s no need to explain who he is, and why he’s so popular in the climbing community: his performances are inspiring on the rock as well as on plastic. I catch a glimpse of him sitting on the ground, in the open air, after qualifications at the BWC in Vienna and realize it’s the moment to ask my questions, when suddenly I realize it’s going to be a tough job: he’s been interviewed so many times in the last months that I may not find anything interesting to add. I sit close to him, and confront his smile.

Adam, you recently said you’re taking part in the BWC just to keep the ranking, but it seems you’re really committed..
Well, the seasons is well divided, and so I will focus on both lead and boulder. I still have not decided what I’ll do at the European Championship, though.

Well, since you practice both disciplines… which are the emotions at stake in one and in the other?

Boulder is better to enjoy the competition, the atmosphere is more friendly; but a mistake can bring you down. I think that lead is less dependent on luck, that’s why I like it most.

You’re still going to school, is that correct?

Yes, I go to school every day until 2pm, then I go training for 2 hours and a half.

Tell us about your training, do you train alone?

I usually train on my own, except at times when I do bouldering. If I go to the gym at 3pm nobody’s there… When I train endurance I do laps… I climb, mostly, but I also do some pull ups on a kind of rotating rail for slopers, my weak point…

When did your climbing career start?

I entered my first competitions at 6. I could already climb 6a, so my mates convinced me to try…

Did your height help you?

I don’t think so, I was the second smallest in my class!

How do you reconcile outdoor climbing and competitions? Do you ever give up going to the crag?

It’s hard for me not to climb outdoor, it’s a psychological torture.

What does it mean for you being an athlete?

Well, if I have to make a distinction I feel more like a climber than an athlete; for me it’s more enjoyment than professionalism. I will keep climbing when I stop competing, doing FA ground up, multipitches…

But you’re a professional nonetheless.

Yes, I am supported by my Federation and by my sponsors.

In one of your recent interviews you mentioned the Olympics.

Yes. I think that climbing – being a natural movement like running or swimming – belongs to the Olympics, and I do not understand why it’s not there. Some say that sport climbing will lose its soul, but I don’t agree. Still, events may be improved, even if I think that what we are missing is basically attention from the media. Boulder is somehow difficult to understand, and lead could probably be more intense or bouldery; but I think that recently it got better, for example the route in China was good, long but fast.

We’re all well informed on your climbing performances, so let’s finish with some personal information… Any other hobby besides climbing?

Not really… I listen to the radio, I watch climbing videos… I don’t have much time to read books but I read newspapers…I try to educate myself.

Last but not least… What are your hidden goals or desires?

If I had I wouldn’t tell, because they won’t come true. 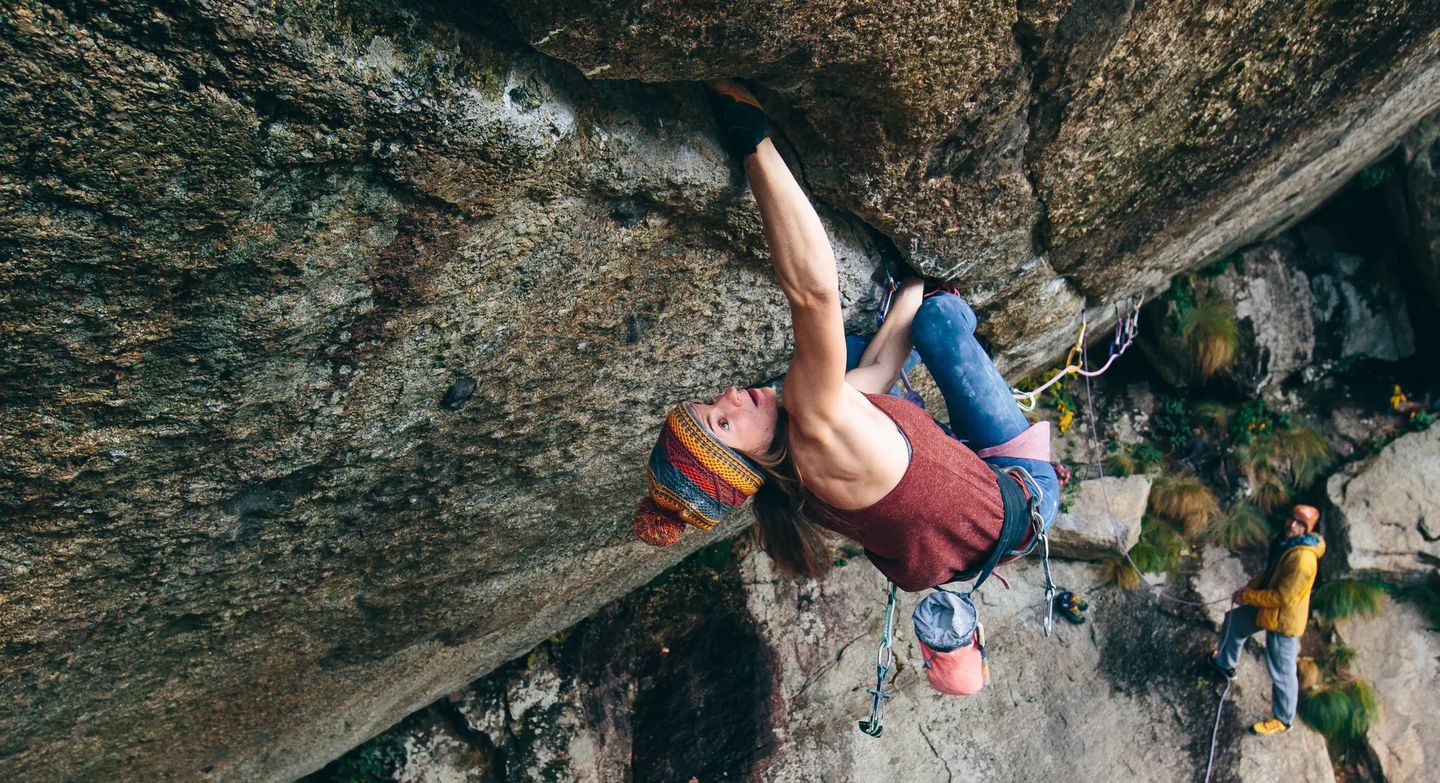